The Nike Women’s Marathon and Half Marathon was held on Sunday, October 17th.  This is the 8th Annual Event.  Every year it gets bigger and harder to get into.  Over 22,000 lucky women and a handful of men participated in the San Francisco event.  The location makes this race the best of the Nike Women’s series.  Who can resist the City by the Bay?  So women come from all over to participate. Nike even made a special shoe,  the Lunar glide 3 with an image of the Golden Gate Bridge on it!

It is hard to say how many women participated in the event from Petaluma but I would guess somewhere close to 100.  Athletic Soles had 25 entries that they raffled off to lucky shoppers.  It is easy to spot a gal who participated in the event as she will be wearing her new Tiffany necklace.   Did I say “Tiffany”?  Yes, indeed, instead of getting a finishing medal to stuff in a box in the back of your closet, you get a little light blue Tiffany box tied with a white satin ribbon.  I have to say the 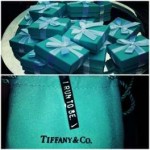 only Tiffany necklaces I own are my Nike Women’s Marathon necklaces.  I have 6 in total.  These little gems are awarded to participants once they cross the finish line by SF Firefighters dressed in Tuxedos (nice touch).

The necklace is not the only reward for running this course.  Of course there is the route itself.  You start right downtown in Union Square.  All the roads are blocked off.  22,000 women fill the streets.  It is an  estrogen overload!  Women of all shapes and sizes from every state in the Union are corralled into holding areas based on their estimated finishing times.  Some gals are so far back that they will not past the official start line for another 20 minutes after the start.  The chip timing, however, will ensure that they get the correct running/walking time.

I have been fortunate to start at the front of the crowds.  Because of this my experience is different than some of my friends who start in the back.  The run for me is not crowded at all. I am not blocked by walkers ( a fairly common complaint I hear from gals at the back).  It isn’t until I look back from the first hill that I see the over whelming site of 22,000 women on a mission! The route is a tourists dream: Union Square, Embarcadero, Alcatraz, Golden Gate Bridge, Golden Gate Park and sweeping ocean views.  This year’s event had exceptional awesome weather.  It was in the mid 60’s at 6am! Sunny and warm at the finish,  so un-San Francisco.

Along the route, in addition to the cheering fans, there are choirs and bands.  They also have banners that the runner can run under.   Along the Embarcadero you could chose either, “I run to be free” or “I run to be fearsome”.   I chose fearsome.  Then I seconded guessed myself for the next two miles.  I could have chosen to be free.  After all this was the year I beat cancer and I wanted to be free of that.  The next banner choice came a few miles later.  “I run to be sexy” or
“I run to be bad ass”.   This one was easy- bad ass, of course, after  all that is sexy!  My favorite mile was 12, where you got a Ghiradelli chocolate.  I took one to enjoy it later – guilt free.

I missed the “Bra exchange mile” at mile 3.  I wouldn’t have stopped but I would have gotten a giggle out of it.  My friend Jody, stopped and picked up a new bra.  Jody, wasn’t going to even run in the event.  She showed up to her car pool earlier that morning in her PJ’s with a bunch of lame excuses.  Her friends did what all good girlfriends would do – they shamed her into doing it.  So she just grabbed whatever she had in her car to wear for the run.  The new bra was a welcome perk! Of course, she had a great time and would have very much regretted it if she had not participated. She would have been Tiffany-less!

So gals, it will be another long year until the next event.  Keep training and we hope you will be one of the luck ones for the 2012  event!  If you don’t get in there is always the Petaluma Moo Cow Half Marathon with a Cow Bell for a finisher’s medal.  Moo-ve Tiffany!